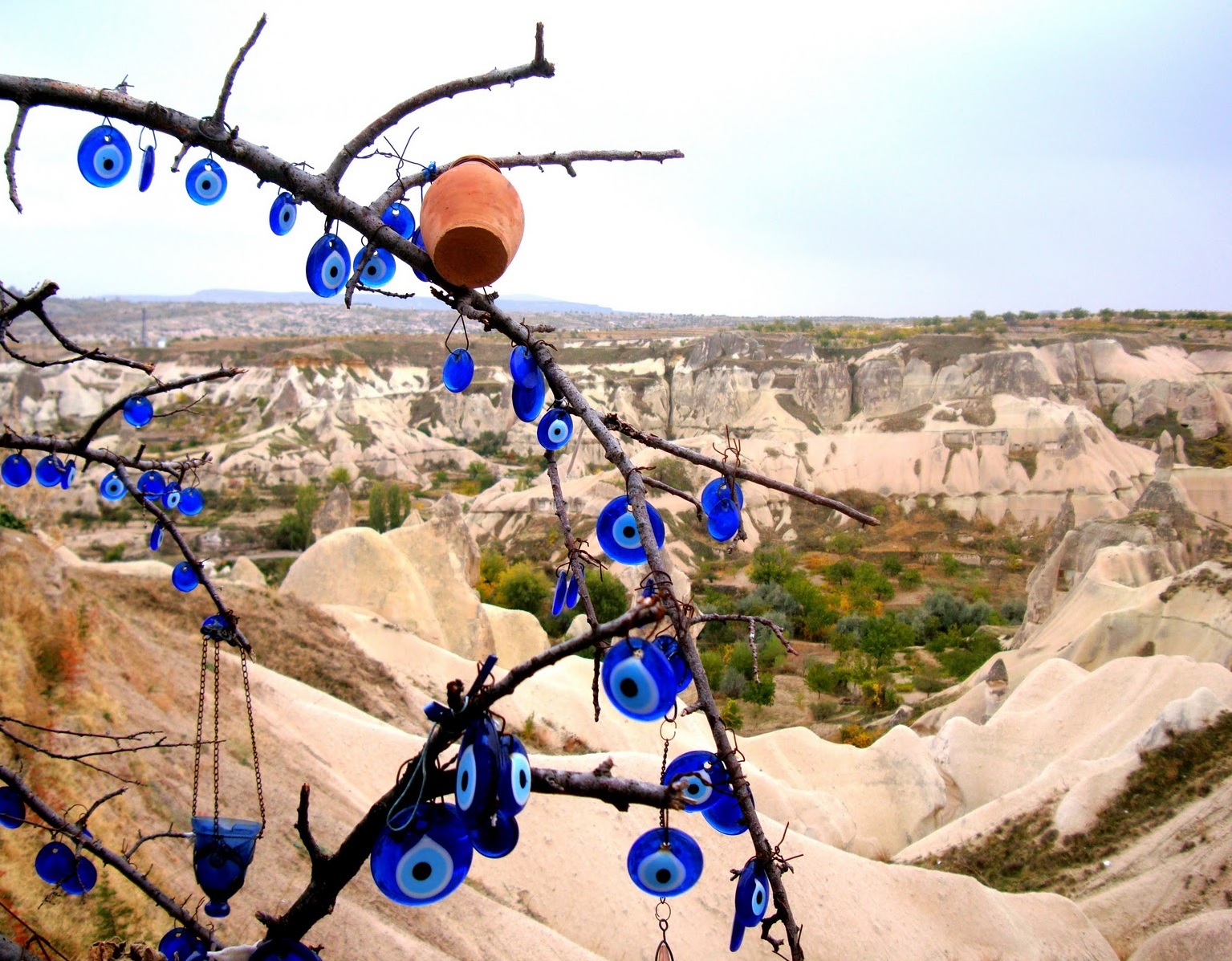 Posted at 19:46h in Information About Cappadocia by admin

At about 11 hours by bus from Istanbul, Göreme is a small town of 2,500 inhabitants in the region of Cappadocia, with literally incredible views and sceneries. For inveterate walkers like me … we’ve arrived in paradise.

Although the town is small, the surrounding valleys are extensive and the landscape becomes absurd, of so peculiar. First, a good kebab in its crock with pita bread and the typical gözleme, a Turkish style apple tea, ten minutes of dessert and chat… and let’s walk!

Just about 15 minutes later we reached the Open Air Museum of Göreme, with churches, cliffs and a former convent in ruins. The churches are awesome! There are not the typical churches we are used to… these are dug in the rocks! And inside them there are frescoes and colorful paintings, quite noticeable though they were created between the tenth and twelfth centuries. I remember, for example, the Churches of the Serpent, the Sandal or the Tokalı (Buckle Church), the last one especially with really beautiful and well preserved frescoes, blue backgrounded, showing various scenes of the life of Christ.

The next day we set out on the road again, but this time on our own, which I do not recommend because it is easy to get lost, as it happened. Although it was quite an adventure walking aimlessly through Rose Valley, making thousands of pictures of the amazing rock formations and resting from time to time in some excavated building or church, the truth is that we lost a whole afternoon and almost started getting worried when we met a group of tourists who were on an organized tour. Fortunately there are lots of them.

However, with a map, a bit of background information, a guide or simply as part of a walking tour, the whole Göreme is a special place to walk, as well as Rose Valley, to Çavusin. You get to feel like living in a fairy tale or a science fiction movie, you feel expeditionary, conqueror and adventurous among these rocky towers that, finding no real possible comparison, the inhabitants of the place called them “fairy chimneys”. There, troglodytes settled and made their homes and places of worship. According to legend, in Anatolia men and fairies until lived together, until one of them fell in love with a human. As a punishment, the queen fairy turned all her subjects into doves and locked them in the stone structures that today are called “chimneys”. The men were required to take care of them and so they have, making of these rocks his chambers and dwellings.

Although these ancient little town of pigeon’s guardians is today filled with tourists, it still retains that authenticity, that unique mark of magical sites, mythical, as crafted by an inspired and fantasist author. Nothing better than to know it from the inside, literally, walking and retracing their excavated interiors, its friendly and hospitable people, its geography, its history.